Skip to content
Congratulation to team Spain (aka. team pink) our U15 Sunday Night League champions!  Spain came out victorious after a hard-fought battle with team Argentina in the championship game. The finals  had to be decided by a shootout which Spain won 2-0.  Well done all U15 players and coaches!
In the U12 division congratulations go to team USA who defeated team Canada in the finals in another close finish. Again, thank you players and coaches!
We also want to send out a thank you to all the families who participated in this season.  It was much appreciated that everyone kindly accepted the game day adjustments to our tournament schedules which allowed us to continue the tournament despite limited player availability and the threat of a thunderstorm.
A big thank you also goes out to all of our referees and assistant referees who helped make this season possible!  It is not an easy job and without you our games would not happen.
Brad Synnott
Competitive Director 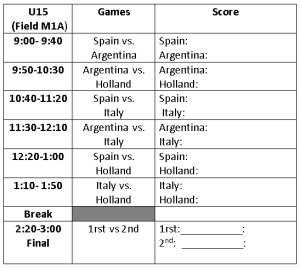 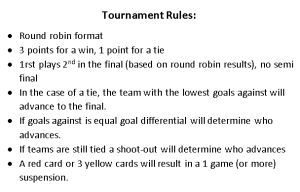 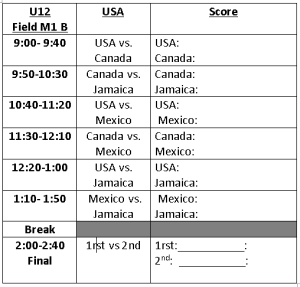